I am a lyricist

Posted by S. Susan Deborah at 7:43:00 pm
Sometimes a tune is so beautiful that one can't help but trying to sing that song with our own lyrics. This is a trait mostly seen in kids who just invent their own words to a song they don't know very well. But somehow I don't seem to outgrow that trait. And this can be quite embarrassing at times. But I can't be blamed you see as the lyrics I invent fit in so very well. 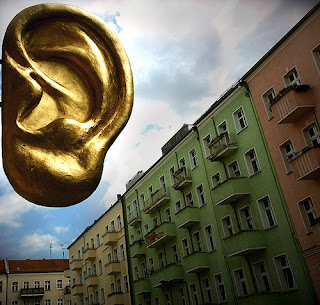 Sometimes the singer's voice is not quite clear and the lyrics are misheard. But it so happens with me that I don't mishear the song but think that what I sing is THE right one. Finally one day I get to hear the song and then I realise my mistake. But whatever said and done, the original lyrics never replace my old lyrics.

I thought this problem was unique to me (as I always do) but there are many like me:

* When Bob Dylan first met The Beatles, he told John Lennon he liked that song of theirs where they sing, ‘I get high, I get high’. Lennon embarrassingly pointed out the line was: “I can’t hide, I can’t hide.”
* This song is one of the most misheard songs out there. "Purple Haze" by Jimi Hendrix. The lyric is:
“Scuse me, while I kiss the sky.”
It is often heard as:
“Scuse me, while I kiss this guy.”
“Excuse me, while I zip my fly.”
Or
“Excuse me, while I eat this pie.”
* This is a 1970s song that was often misheard by a lot of different people. The song is "Bad Moon Rising" by Creedance Clearwater Revival. The lyric is:
“There’s a bad moon on the rise."
It is often heard as:
“There’s a bathroom on the right.”
“There’s a baboon on the right.”
“There’s a fat man on your wife.”
“There’s a bad move on the right.”
Or
“There’s a bathroom on the rise.”
Well, I told you I was not the only one out there who hears wrong lyrics.
And I know for sure that there are many of you who are also budding lyricists. Right?
Misheard lyrics courtesy: Internet
Image courtesy: Internet
Labels: experience, expressions, lyrics, songs
Email ThisBlogThis!Share to TwitterShare to FacebookShare to Pinterest