An ode to Afonso de Albuquerque

Posted by S. Susan Deborah at 11:47:00 pm
Today, I attended a talk on a small but important island in Goa - the Chorao island. There were many interesting points that were made in the talk by Dr. Aaron Lobo but what stands out for me is that the Chorao island is the place where the Alphonso mango originated. Wow! that was something astounding to me because I have visited the island and there is nothing fascinating that strikes the person on a first look at the island. The island grows on you, much like a cultivated taste - the peculiarity of the landscape, the species of fishes, crabs and other animals that are found only in the island and more popularly, some birds which could be sighted. The island is also made famous by the Salim Ali Bird Sanctuary, well known for its many varieties of mangroves. But if a lay person visits the island without an accompanying expert, then one might even think that the visit is a waste of time.

Well, coming back to the mango - Afonso de Albuquerque, a Portugese general and military expert brought the variety from Portugal and introduced the same in this Konkan region. Despite the fact that de Albuquerque was helping build the Portugese to establish colonies and conquer various territories, one cannot but help wondering if the Portugese had not invaded the Konkan region, we would have been deprived of this delicious and delectable fruit. Thinking of tastes and food, it is quite sinister of these countries to leave their mark, that too, an unforgettable mark in the country. I don't know how many can actually associate the Portugese and the Alphonso mango but I guess that food and the various ingredients were the primary cause that lured the foreigners to Indian shores - the abundance of spices and the range of plants available for consumption made the guests overstay their hospitality and invariably become the land owners and then rulers of the land.

Not only the Alphonso, India owes to the Portugese many such items that have become commonplace in our kitchen -chillies, vinegar, potato, tomato to name a few. How much ever,  we may bemoan the fact that they destroyed the ethos of the land and made slaves of Indians, we can never ever forget their contribution to the Goan and Indian cuisine.

Thus saying, I bow to Afonso de Albuquerque for giving us the Alphonso, which is named after him but not without despising his ambition to conquer the whole world!
Labels: Aaron Lobo, Afonso de Albuquerque, Alphonso mango, exotic, food, Goan cuisine, Indian cuisine, Konkan, life in Goa, Portugese, taste
Email ThisBlogThis!Share to TwitterShare to FacebookShare to Pinterest
5 Insights

Posted by S. Susan Deborah at 4:19:00 pm
Taste and sensations are peculiar attributes that have a mind of its own. Recently, I was introduced to Bimli, a sour tasting fruit and Wiki tells me that the botanical name is Averrhoa bilimbi. Now, I am quite fond of the tangy flavour - tamarind, raw mangoes and the like have always held a special place in my tongue. Bimli is something like that. I realise that there are so many flavours and items that one has not tasted and perhaps will never taste! One of my colleagues had lovingly prepared Bimli pickle and asked us to sample her culinary prowess, and I being the tangy-loving entity lapped up the pickle with a zest that only tangy-lovers could comprehend. I quickly made note of the recipe and tried it at home. It wasn't as good as it had ought to be nevertheless, I could see that I was not as lazy as I had thought I might be. 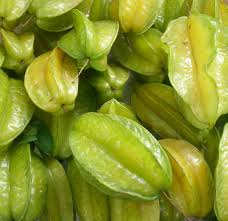 Bimli happened to me quite late in life. I could not imagine that I had spent so many years without tasting this fruit. I think that sometimes it would have been growing in the vicinity of our house but we had never bothered. My husband knows this fruit well and tells me that every house in Kerala has the Bimli (Pulinchika) tree. I wonder how many such fruits, trees and tastes are unknown to us in spite of sharing living space with us. I wish I could identify these gems and die happily in the knowledge of having partaken of the many wondrous tastes of nature. 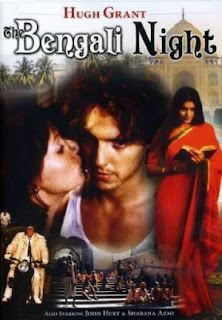 On another note, I saw a movie in my phone for the first time - The Bengali Night, a French film, set in Bengal of the 1930s. It was weird to see Hugh Grant so frail and gaunt. The film also led me to one of my favourite authors - Mircea Eliade. The film is an adaptation of his autobiographical novel, Maitreyi. The film took me on a wild journey of the years where love was a simple look, holding of hands and rapturous ecstasy. I had always liked Hugh's accent and this film was from an era where Grant was not yet idolised as he is today (a few years ago, to be precise).

Many first times today and I again realise that every day, we have an opportunity to learn and unlearn.

Well, what have you discovered today, dear reader?