The hidden power of the monosyllable NO

Posted by S. Susan Deborah at 10:49:00 am
Have you ever tried saying NO to someone close to you or somebody whom you think will understand when you say a NO. Well, if your answer is in the negative, you belong to a luckier selection of humans. I am tempted to use the cliched sentence: There are two kinds of people in this world -- the forever 'yes' ones and the 'no' ones. The former are found everywhere but the latter exist in obscure pockets.

I classify myself as occupying a place in between: A sometimes 'no' person but that does not work well with me. Eventhough from childhood, I have been taught to state my preference, I did not know that certain preferences are taken far too personally.

Sometimes my mother assigns some task to me and she also tells me that I can either do it or not. I opt for the latter and then . . . everyone in the house seems to think that I am a disobedient child. I have grown up too much that I can vociferously say a 'no.' I get confused by this outbreak and finally do the chore assigned to me to prevent further outbursts. 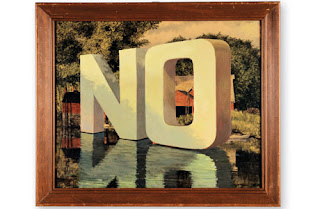 I thought it would be easier with friends. But no. Many times, friends take it for granted that one should always be a 'yes' person if we are united by the thread of friendship. A simple 'no' can lead to a cast-down face, sullen expression, stern behaviour and some talks on the bond (age) of friendship. So much so for a 'no.'

For many years, 'yes' and 'no' were the same to me. I could either choose to do something or not but what I did not realise was that there are many emotional strings attached to these simple words. An 'yes' can open up joy and happiness while a 'no' always triggers negative vibes. It is very rare to stumble upon a person who can take both answers in the same stride.

Probably that is why in this part of the world, no one easily utters a 'no' for fear of many repercussions. Most of us are 'yes, I will do it' people. Examples of 'yes' seeps into almost every aspect of our life: relationships, food, jobs,  and others.

Does your culture allow you to say 'no'? Leave culture, what is your idea of uttering 'no' to someone?