Killing can be addictive!

Posted by S. Susan Deborah at 1:09:00 pm
Mosquitoes, like lizards, are very common-place in India. Unlike lizards which are not as harmful and irritating, the mosquitoes are known to cause several diseases. To combat the growing menace of mosquitoes, there is a cheap tennis racket like device, made in China but found all over India, which is battery operated and is designed in such a way that one can use that device to kill mosquitoes while they are flying or are seated on the wall. If any mosquitoe is caught in the device, then it makes a whirring noise which indicates that an insect has been killed. When there is no electricity, people sit out side their homes and kill mosquitoes and other insects using that device. Well, what begins as an exercise to keep mosquitoes away gradually gives way to another instinct: That of killing. 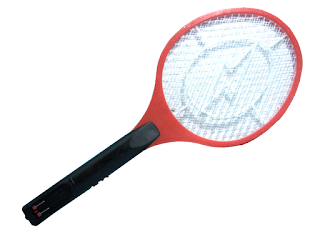 I observed this trait in me when I was at a friend's place. The house was infested with mosquitoes and to combat that, seh gave me this tennis racket. First, I used this to swat the mosquitoes that were buzzing around me. Slowly, when there were no mosquitoes around me, I started searching mosquitoes to kill. I started walking around the house to find my kill. The ability to take a life started thrilling me. Finally, I was so exhausted that I threw away that devise. The devise went into the hands of my friend who accompanied me. He first started killing the mosquitoes that were around him. I was looking intently at his next step. Then, like me, he started looking out for mosquitoes to kill. Now, this was something that everyone did. I didn't know whether it was the killing or the device which made the task addictive.

Sometimes, even without the device, I have seen children killing mosquitoes and collecting them and then bragging, "I killed twenty-three mosquitoes." I wonder whether it is the same with killing humans. When a person first starts taking a life, it torments her/him but later when lives are taken, it sort of becomes addictive, I reckon. I have never spoken to a hitman before but would like to sometime. Talking of hitmen, I remember the film, Leon: The Professional, which was a very sensitive film about a hitman and a young girl. Natalie Portman makes her debut in this film.

So, killing could be addictive, right - mosquitoes or humans! 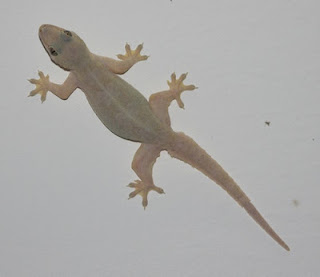 Posted by S. Susan Deborah at 1:43:00 pm
Sometimes, when my mind meanders, it thinks of some bizzare thoughts, like the one in the title of this post. How it would have been for Freud's wife. For someone like Freud, who tried to interpret many thoughts of the unconscious in relation to sex, would he have tried to interpret his family's thoughts and motives. How would have Freud's immediate family acted while in the presence of him? Would they have freely discussed everything with him? Did he suspect his own kith and kin.

I have heard that it is quite difficult to be the immediate family of doctors and psychiatrists who deal with the unconscious and the subconscious. Anything related to the mind is easily decipherable to the doctors. Would the doctor identify without any difficulty that his teenage daughter was doing something that others did not notice? Would Freud have noticed that his wife was bahaving peculiarly at someone's presence?

Wikipedia tells me that Freud courted and married Martha Bernays and had six children with her. But Wiki does not give other details like Freud having psychoanalysed her. Maybe he would have for a lark or maybe he wouldn't have. Even living in the same house, would have been dreadful as Freud would have had to bear the toxic of all the human mind's sicknesses.

I wonder how Freud's family coped with hvaing Freud as their father/husband/brother and so on.

What do you think?