do you think you have your landscape in you?

Posted by S. Susan Deborah at 10:43:00 am
all of us come from a specific region. but sadly even though our roots belong to one place, we are far removed from our roots physically. but inspite of that, one inherently possesses some traits that belong to the place of our roots. for example, whenever i eat, my mom points out that i closely demonstrate the eating patterns of the place from where my father came. sometimes her comment quite irritates me but it is something that i cannot change. the same can be said about the way i argue: another trait of people from a specific place!

it is quite interesting as to how we possess traits of our ancestors even without us consciously realising it. it can be called 'genes' but i prefer to see those traits as the cultural habit of my landscape: the place where my roots lie. what makes it more interesting is the fact that inspite of having no much connection with the place of my roots, i have traits that are common to that place! 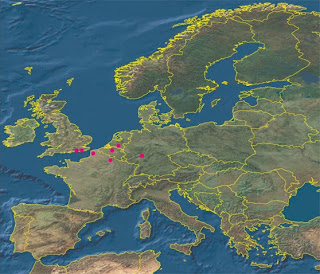 i have heard some people saying, "the sea in me makes me crave for fish and crab." probably that person might just use the above line as an expression but digging into that person's roots might point out to the fact that that person is indeed from the coastal region. when one pins down oneself to one place, one ceases to be a citizen of the world. while the term 'citizen of the world' sounds quite grand and cool, it seems quite generic and all-encompassing. and this is too grand for me to think!

long ago, i read a novel and something from that struck within my mind. the protagonist says something like this: Long ago we could identify people by the shoes they wore. But now everything is uniform. Everyone wears the same Nike shoes and trainers.

so, what landscape do you belong to and what trait reaffirms that? your grandma would have told you something about that trait!