Posted by S. Susan Deborah at 11:44:00 pm
S was our faithful taxi driver - We used his services whenever we were having guests or the husband was away and I needed to commute to and from College. There was a time when S was my mode of transportation for a whole two months. He would come in the morning at 8 and we would make our way through the highway and the narrow road commonly known as the junction. Our togetherness was brief, say a brief seven-minute in the morning and then another seven in the afternoon. But those minutes were an assortment of the weather forecast, politics, students of today, elders of yesterday, traffic defaulters, irresponsible animal owners and so on.

The journey would begin with, "Good morning S ji. Looks like it will rain today." To which, I would receive, "maybe yes or maybe not." Then the topic would skirt around the current trending news and our opinions. S ji would thrillingly use MC, BC and other colourful words which would shake me out of my reverie but then when feelings have to be expressed, why would a sieve be used. And then without much ado, we would fall silent only to puncture it with something else that catches his or my eye.

Together we used to count the days of the husband's return and mark his duty days with me. Our mornings were clouded with the urge to rush to College and our afternoons with the urgency to go home and rest. S would have stories of his customers and how each one was different from the other - some made him wait for hours while some were stingy; some wanted only his taxi services with low prices, of course, and some called him when their friends were in town. There was a fare for regulars and there was a fare for regulars' friends.

S was well versed with the kind of people after experiencing them as his customers. He could spot a rotten apple in a basket of many. He could advise on traffic timing and low prices in shops. He was an encyclopedia of the common man. I knew what he ate and what his children were up to and when he woke up, offered puja and bathed. Nonchalantly, he would talk about the area's councillors, police personnel, customs officer and their stories of greed and power. Everyone had been his customer one time or the other.

He used to understand my measly bank balance mid-month and lament how it is impossible to earn enough in a straightforward service. He used to say, "dho number ka kam se khoob paisa kama sakthey" (Illegal work only could earn more money).

I look forward to those mornings and afternoons when S and I chat endlessly and merrily about all and sundry. Then one day the journeys with S stopped with the husband coming back and my knowledge bank of 'local' stories became scarce and limited.

I then wondered, "What stories would I tell my students?" But then there is a story everywhere! 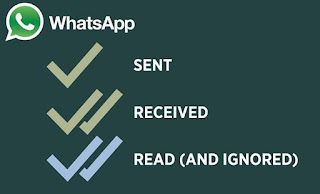 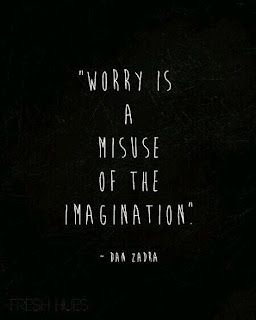 Love, Sex and Growing Up

Posted by S. Susan Deborah at 6:55:00 pm
Today while watching the 1961film, Splendor in the Grass, directed by Elia Kazan ( Yes, he directed the hot Brando in The Streetcar Named Desire), I was wondering how the film holds relevance today, much like what it used to in the 20th century. The film largely deals with sexual repression, mental illness, Christian values, and other related aspects of growing up. Bud and Deanie are high-school sweethearts who enjoy a cosy relationship. While Bud would like to have sex with his girlfriend, Deanie resists, in spite of feeling the same for Bud. She owes this largely to the value system and the concept of being 'pure,' which is drilled into her psyche by her mother and the society in general.

I could closely relate to the film because when I was growing up, things were quite similar to the that of 1961. Every teen fellowship that I attended in Church emphasised of being 'pure' which is being a virgin and keeping the wedding bed undefiled. EVERY. SINGLE. CHURCH. MEETING. My aunts, as soon as I attained puberty would regale how every girl should be like 'fire' and not allow any guy to touch her. Somehow the idea that every boy was evil was drilled into my head. It was okay to fall in love but make sure that the boy in question does not touch you, was the common sentiment. I guess it is no much different today. In school, the couples in love who sat with an arm's distance from each other were always held up high on a pedestal. And if by chance, anyone tried talking about how the kiss of last evening, she would be labelled as a 'forward' girl - whatever that meant. 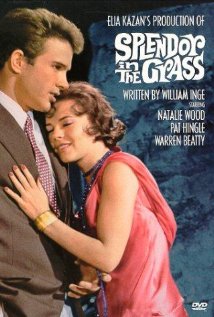 Teacher, priests, aunts, parents, even peers were always advising on how boys were mean creatures who have been sent by the devil to seduce and corrupt the girl. In the entire picture, it was conveniently forgotten that girls had the same feelings as well. Both the sexes were battling a thousand diverse feelings of passion and desire. In the film, Bud is quite exasperated and frustrated when Deaney does not allow him to go beyond kissing; He slowly withdraws from her in spite of loving her immensely. His father also advises him that he should have two kinds of girls - one the good kind like Deaney and the other - the one who would sleep with him without any qualms. Bud does that precisely but cannot two time Deaney and so breaks up with her, driving her to an institution for the mentally challenged.

The film in passing mentions Freud whose experiments on the connection between human psychology and sex made great breakthrough in the 20th c.  The film knits together various aspects of love and sex in a beautifully written story. Watching the film, I was led on a rueful journey through my teenage years and the various incidents colouring those times. While no one spoke of practising kindness, compassion and the virtues of knowledge, sex without being named was the preoccupation of every adult and of course, every teenager. 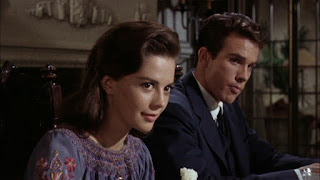 I hope the times are gradually changing now and parents strive to have healthy conversation with their children about various topics that affect them as they step into the turbulent teens.

I quote lines from the film, from the poem Splendour in the Grass (also the name of the film) by William Wordsworth: