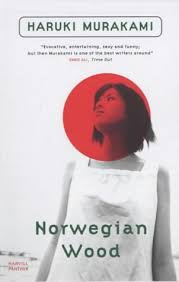 Posted by S. Susan Deborah at 7:46:00 pm
Anything new fascinates me as it gives me another chance to rebuild, a chance to look forward to altering me and a chance for hope to abound and if it's a new year, then the prospects triple. Well, 2016 is here and I am overwhelmed and excited by how I get another opportunity to better myself. And lest I forget, the beginning of this year saw me with a broken big toe nail; ''broken'' would be an under statement because the broken nail led to a state of no nail. Yes, I entered 2016 without a nail on my left big toe. I am unwilling to go through the process of how I ended up without a toe nail as I have been narrating the experience to all and sundry throughout my five-hour of my first working day. Phew! the thought itself tires me immensely.

A colleague upon observing my gait, went into a philo-spasm exclaiming how life slows us down when we are running and that one needs to mind the pace with which one works and so on. She is right, I thought, not about life slowing down and all but about SLOWNESS itself. How often we just rush through everything. Slowing down to observe and be mindful is something I consciously try to do but end up forgetting. I stumbled upon this quote of John Muir which speaks to me about a certain calm,

Thousands of tired, nerve-shaken, over-civilized people are beginning to find out going to the mountains is going home; that wilderness is a necessity.

This is what we are exactly doing to ourselves - getting tired, nerve-shaken and over-civilized and in the process forgetting to slow down and cherish our surroundings, US!

Well, the injured big toe is slowly teaching me to see the world in another fashion and thus ushering me into 2016.