Posted by S. Susan Deborah at 2:23:00 pm
In the room the women come and go,
Talking of Michelangelo. 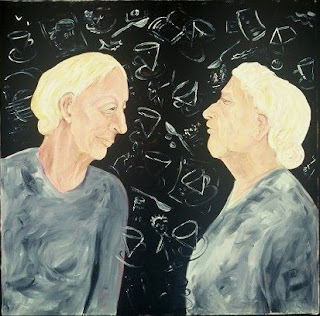 The lines above talk about something that is very prominent in today's people (as it was then as well). I am not making a sweeping generalisation here but still. It has become quite fashionable to drop names in the course of conversations. Somehow I am assuming that the fad of dropping names came about during Renaissance when there were new discoveries and inventions made. The age of enlightenment, as it was popularly known brought about many delightful new thoughts and ideas. Now as many artists and scientists grew in prominence, there also arose a new breed of people: Name-dropping philistines!
Now there are specific names that are ought to be dropped in relevant contexts. If Philosophy, it has to be Kant, Nietzsche, Sartre, etc; if Literature then Shakespeare, Tolstoy and the like; if Cinema, then Godard, Kurosawa, Fellini, Bergman, etc.
But the best part of name-dropping is that one need not know in detail about the people whose names are dropped. If one knows the very famous line, "God is dead," and adds Nietzsche to it, the role is well-played. Similarly if one knows a quote or two from Shakespeare, then it makes for a lively exchange. It is only the name-dropper who knows that the quoted line was the only one (s) he knows from that person.
I find many students who love to drop names be it in arts, literature, philosophy or music. I cannot blame them but it is the world around which respects people who show their knowledge of names. In today's scenario, knowledge and information is suckling heavily at the udders of Wikipedia and passing those as one's own. Shallow knowledge and surface information, though make a good first impression cannot hold for long. But instant recognition and admiration leads people to try dropping names to impress and provide a halo of pseudo intelligence.
Well, the message is loud and clear: BE DISCERNING and TEST the depth of knowledge.
What are your observations on dropping names in conversations.
Image courtesy: Internet
Labels: coversations, dropping names, experience, people-watching, plastic conversations
Email ThisBlogThis!Share to TwitterShare to FacebookShare to Pinterest