Posted by S. Susan Deborah at 1:51:00 pm
While reading Gabriel Garcia Marquez's One Hundred Years of Solitude, the character of Remedios the Beauty, had always intrigued and fascinated me. Despite the fact that in the novel, she is considered as someone who is not mentally stable, her rejection of clothes and beauty had always remained in my mind. She is a very beautiful girl and many men in the novel are absolutely smitten by her. But she has no sense of all that. She is always in her own make-belief world.

Clothes and beauty, many times go hand-in-hand. This had been the truth for women alone but now even men are catching up with it. I vividly remember one scene where Remedios was bathing and a man breaks the tiles and jumps into the bathroom. Remedios is quite unshaken by him and softly inquires whether he had hurt himself. She is unaware of her nakedness and shame. I thought that was wonderful. To be in a state where nothing matters.

I think civilisation's greatest invention was clothes and now this is infused with brands and other things. The western civilisation has contributed so much to this facade of hiding beauty and showing bits and pieces of it to titillate the human senses. If all of us were like Remedios it would have made things simple, I reckon.

Clevage, legs -- all flesh and parts of the body are elevated to soaring levels by media and fashion moguls. Women in India, for a long time never wore any upper garment. It was not shameful. It was the culture. This changed after missionaries started coming and talking of sin. For many the ONLY sin is that which concerns the body. True. But I feel so much space is devoted to the body, again just flesh. 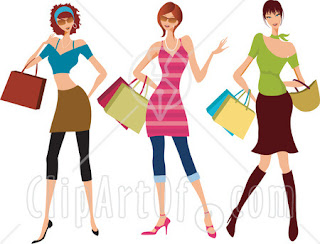 The concept of shame which started in Eden has developed zillion-fold today. I am no spokesperson for the nudists but I see that as a movement like many others. And I know that it will never succeed as long as the media and fashion houses are thriving. Isn't there something higher which could occupy our present-world other than clothes and shame.

I guess I am thinking too much and rambling. If you can build coherence, blessed are you :)