An argument that makes me cringe

When you speak about your problem to an individual, pat comes the reply: Just think of people who undergo more sufferings than you. You are much better off. 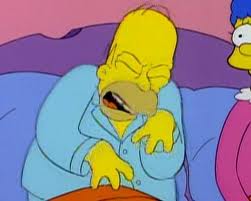 The above given argument puts me off and saddens me further. First, instead of just listening to what I am presently undergoing, the person decides to provide a comparison. Second, I firmly believe that suffering cannot be measured. Each one has his/her own cup to bear and that cannot be seen with the backdrop of another's pain.

I have come across this kind of argument many times in the span of life I have lived. And the people who bring up this argument belong to various age-groups, social-standing and positions. Why should one's pain always be compared to someone else's?

Now complaining is not similar to pain but many times people confuse the two. There is even a famous proverb which says: "I complained I had no shoes, until I met a man who had no feet." Now this saying is not about pain, it is about a state which has no contentment but many use this wise saying when they see a person in pain.

I think all of us experience pain in varying measures and each one has his/her unique way of handling the same. But using X's pain and comforting oneself saying: "X is suffering more than me so my pain is nothing" is a foolish way of looking at pain.

I am sure this argument has been thrown at you while you crossed a difficult path. What do you think of this argument on pain and suffering. What arguments seem pointless to you?