Posted by S. Susan Deborah at 7:02:00 pm
Language is a beautiful connector of two individuals and so is marriage but then both have their pitfalls especially if two individuals belong to different language-speaking communities. National integration is something of a national joke these days that people resort to whenever they speak of India and her remarkability to people who don't belong to India. But the scenario in India is completely different with a trillion castes and a million languages. And then, there is a boy who falls in love with a girl from a different language group and community. They say that everything is fair in love and war and yes, everything is fair until marriage happens. Even a few years after the great M, everything is fair until a child arrives and hastily juggles all the neatly arranged pieces of the jigsaw puzzle. 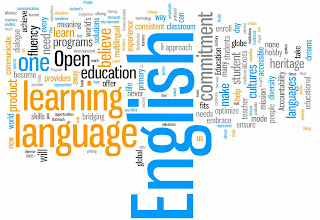 Yes, the child forces many unsought questions and niggles the peace of mind. What will the poor parents do? After all while courting, children were a hazy dream of delight who were in the distant horizon but in the present the bundles of delight bring with them some vital questions - What will be the language of communication if the parents belong to two different language systems? Is the mother-tongue always the tongue of the mother that the child will adapt to or a language that the child picks up without much ado? Then enters the great coloniser into the picture - ENGLISH. Well, the parents find it easier to talk to the kid in English, after all English is a global language and the language of communication so why not. Lullabys are sung in English, sweet nothings are cooed in English and eventually the child picks up only English. The rich and diverse regional tongues of the father and mother are gradually forgotten and remains as a hazy memory. But not all children/ parents are so. I don't know how they do it but they systematically see that the child learns both the languages. 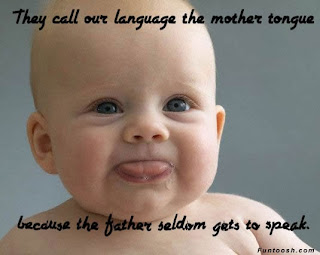 As much as I like English and the nuances of this coloniser's tongue, I shudder to think of my unborn children and their tongue. What language will they speak? Will they speak my language or my husband's? Will they love their parents in the regional or in the foreign tongue. Ah, no matter what, English is still a foreign language and we aren't native speakers even if we master the language. As I write this, I also think of my own predicament. Both my parents spoke the same language but since I grew up in a place which was not my state, I can hardly write or read my own language. While in school, it gave me great pride to say that I knew only English but now I feel quite uneasy to admit that I can only speak my language and not read or write. And I even think in a foreign tongue! But today being the 21st century, it does not pose much of a problem but when I increasingly listen to only English, I wonder whether we are gradually becoming a country with a homogenous language system. We like to be seen in Starbucks, KFCs and Macs speaking a language not our own and swearing in cuss words that belong to another country.

Everything is fair in love and war, they say. I don't agree. What do you think?