Flirting with intelligence or Intelligent flirting?

Posted by S. Susan Deborah at 9:21:00 pm
I have always believed that flirting is an art which can be mastered only by a few. Though there are many kinds of flirting, one that I subscribe to is the flirting of the intellect which invariably connects to the individual. Talking about music, art, literature and culture is something that I immensely savour and enjoy. Flirting, which involves the above mentioned factors has always attracted and fascinated me. While attraction which involves other means like excessive flattery and unnecessary gibberish which passes off as subtle tools of flirting, flirting of the mind is something which involves intelligent conversation sprinkled with a liberal dosage of names such as Kant, Aristotle, Bach, Monet, Gogh, Shakespeare and the like.

Now don't get me wrong and think that name dropping is intelligent flirting. No. One has to truly know atleast something about the personalities who make up the creme de la creme of intelligentsia. This kind of flirting, I must say, is the playground of only a certain section. Now, I am not berating flirting of other forms. I can only talk about something which I like and believe in.

Flirting via the mind is quite beneficial to both parties. One gains knowledge,has stimulating conversation and of course impresses the equally integellient listener. I guess this kind of flirting comes with age and experience. But one must be wary of imposters who pretend to make intelligent conversations but are actually hollow on the inside. 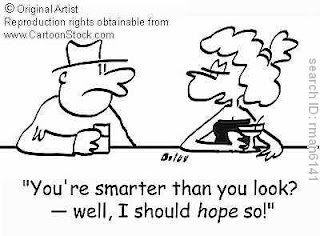 Sometimes many of us do flirt even without knowing that we do. Maybe intelligent flirting is so.

All said and done, I conclude by saying that flirting (of the intellect), to me, is an art which cannot be mastered by many.