My photograph is a liar

Posted by S. Susan Deborah at 8:49:00 pm
Attributing human qualities to inanimate objects reflects the literature background of the one writing. Have you ever heard this: "When I saw your picture, I thought you were blah blah blah but when I am talking to you, it is a contradiction." Boo. Now this statement mildly irritates me. Judging and second guessing the person's traits from the image. It happens all the time. Now even psychologists assert that within five minutes of seeing a photograph, the individual is judged and discerned. NO. It cannot happen. Based on experiences and previous analysis, one often tries to dissect the image and perceive it. Well, the perceived becomes the real until (I don't know when). 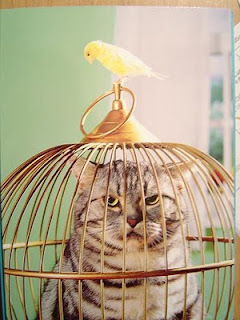 I am guilty of this as well. "Well, he looks arrogant," "She looks like an angel" -- The first judgment is on the characteristics and the second is based on looks. The first one can be wrong and the second one, I don't know. Why is that every time we seek to fence and border one's personality based on images, looks and voice. I might look absolutely adorable in a photograph but in reality I can be someone who is quite adorable but with shades of gray! Now does that qualify as adorable?

The 'About Me' column is another shade of the image. Again judgments are made reading the 'About Me' column and probably that is why many individuals don't mind writing and filling up those columns. You may say that it is my perception that images are often projections but not reality. Maybe. In a certain frame of mind even I would take that position. But not today.

So all said and done, my photograph is a liar or perhaps it is but a partial truth to the real me.