Posted by S. Susan Deborah at 1:50:00 pm
A memory is best when it remains a memory. If one tries to imagine a place and the way it looked like in the memory and hence revisit, then one is in for a rude jolt. Bombay is one such memory for me. My formative years were spent there and after we left, we never visited the place again. Every time when Mumbai is mentioned in the news, my ears perk up and my mind is alerted. It's an involuntary response. To relive those memories and travel back in time, I picked up Suketu Mehta's Maximum City: Bombay Lost and Found. I have not yet completed the book but I'm half-way through it but believe me, Mehta does everything in his power to shake me from my reverie of my childhood Bombay. Though in the initial pages of the book, he dwells on memory, he later drifts into a rigmarole of how everything functions and works in Bombay.

I think that he has taken upon himself the mission to rip open the city to me and tell me, "Well, Susan, here is your beloved Bombay . . . with ugly sores and bleeding wounds which are raw and untreated by any tincture." I must confess (ah, this word reminds me of those dozen Confession pages on Facebook!) that though I enjoy reading about the hitherto unknown or relatively lesser known aspects of Bombay, I have to force myself not to alter the Bombay of my memories. I know that change is a constant is a done-to-death cliched saying but that doesn't stop the essence of the meaning and what I have to say, right? So I say it - Change happens but memories don't change. 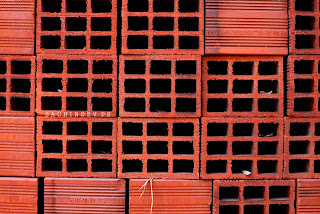 I tend to think that in a way it's good that I haven't visited Bombay after we left. Perhaps I am spared from the shock of finding something else in the name of Bombay rather than what I knew and liked. But all this doesn't stop me from harbouring a keen desire to go and visit Bombay and spending time walking the roads that led to my school and enjoying vada pav in Juhu beach.

Mehta is a wonderful writer. He deftly paints a realistic picture of the dream city. I don't blame him for puncturing my memories. I am still to complete the book and I fervently hope that here and there in the book, I will find references to the city of my memories. Maybe Mehta will dwell in his memories at the same time providing me with my own special memories. 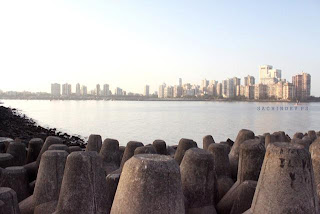 Let me shake myself off from the reverie and get back to my reality - as of now, reading the remainder of Mehta's book!

Leaving you with an excerpt from Mehta's book:

I left Bombay in 1977 and came back twenty-one years later, when it had grown up to become Mumbai. Twenty-one years: enough time for a human being to be born, get an education, be eligible to drink, get married, drive, vote, go to war, and kill a man. In all that time, I hadn’t lost my accent. I speak like a Bombay boy; it is how I am identified in Kanpur and Kansas. “Where’re you from?” Searching for an answer—in Paris, in London, in Manhattan—I always fall back on “Bombay.” Somewhere, buried beneath the wreck of its current condition—one of urban catastrophe—is the city that has a tight claim on my heart, a beautiful city by the sea, an island-state of hope in a very old country. I went back to look for that city with a simple question: Can you go home again? In the looking, I found the cities within me.

So, are your realities and memories connected or disjoint like mine? 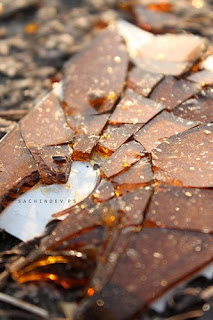 Postscript: All images used in this post belong to Sachindev PS, my friend and photographer. His images can be found here. You can also check out his Flickr stream here.