Posted by S. Susan Deborah at 10:20:00 am
My domestic just left. I was wondering whether to ask her to leave without doing any work as today was International Women's Day and she deserves her worth of salt. But if I ask her to leave, I will have to do all the work and I was not ready for that. And, yesterday the domestic didn't turn up piling a lot of work. Truth to be told, I don't much like doing household chores. I do them if there is no choice and I sometimes surprise myself by doing lot of work. But today I was simply not up to it. The help completed her work and left. Women's day or not, she has to work to feed her family. She has no one writing posts for her and stringing words to acknowledge the multiple juggling of roles that she plays - mother, wife, domestic help, casual labourer in the Guest house and so on.

This week saw many posts on Women's day. I read and reread many posts written by men for this special day. Reading some posts, I wondered, "Will I ever be the kind of woman they write about?" They wrote about caring, serving and never tiring efforts by mothers. Are mothers made this way? Let me be specific - Can I function that way. Caring is something that I have to force myself to do. It doesn't come naturally to me. Even if someone is sick, I can sit beside them. But after a point, I get plain bored. I can cook and see to it that their demands are met but sighing and fretting, I don't and can't do. But then I wonder --- Will I have to do all that when I beget a child? I might but I would also like to add that if I bring a child into this world, then the child should not associate love, care and warmth only from the mother. The child should see the father as well as the mother function in different roles. I don't want my child (children) to fix roles for specific gender. He/she should be able to see the father slogging in the kitchen, the mother reading newspaper in the morning and so on. Roles as these are etched in the mind of the young and as they grow up they demand and seek those roles in their adult life. 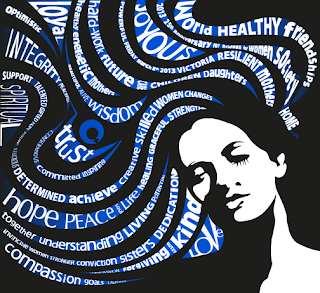 Another point that I noticed in many posts was how women adapt themselves to a married life almost within a week or two in the new setup. Is there a choice, I ask. A woman has to adapt herself by any means for she is fed an overdose of advises from all and sundry - "That's your house hereafter." I can never reconcile with that. How can the concept of own's home can be changed so quickly. And it's always the new bride who wakes up early to prepare coffee/tea for everyone at home. This business of getting up early and trying to do the house work -- I can never manage. I have seen that if one does something in the initial years of marriage then one is doomed to behave the same way throughout one's period of existence in that house. The bottom line: Don't set high expectations in the formative years of marriage. Ah, I forgot to add, if one does not get up before the sun, then one is called lazy and that the parents haven't 'taught' the girl to be responsible. Well, if the son can't wake up, then why should the daughter-in-law wake up. This getting up early business is the pride of many women - Not for me.

By attributing certain characteristics to women, it has so happened that women by default think that one has to live up to the expectations and hence forget what it means to live a life without any hassles of getting up in the morning, doing boring housework and sitting up with someone who has fever. One day, I casually asked my mother, "Didn't you miss your home after getting married?" She replied, "I didn't know anything like that." I was left wondering. I again prodded, "How was life after marriage?" She was lost. Well, she just was. That day I realised something very important. Women are always identified by their roles - mother, sister, daughter, spouse but that's not all that is there to her. She is an individual who inwardly fights the soft and tender attributes to her but still goes on performing those ascribed roles because if she rebelled, the 'bad' name is for the family. But there are others who go beyond the ascribed roles and turn deaf to the pseudo trappings of what the others assign for her. 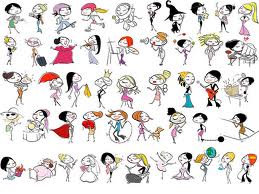 I want my child to see me beyond the roles that are usually attributed for a mother!

I want my child to see my husband and I as mothers and fathers - roles effectively managed by both of us.

I want my child to not know the difference between woman chores and man chores.

A happy women's day to me and my ilk.