Pray, tell me the antonym of housewife/homemaker 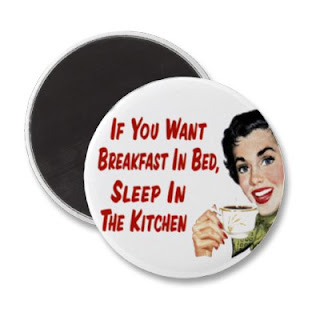 While one can easily say that the opposite of housewife is working woman, I don't find that convincing. Well, let's try to make some word operations. The term housewife can be split into house and wife. Right? Of course, yes. Now how do we base the opposites here. Do we see the term as one single word or two words. If we split the words, then what could possibly be the opposite of house -- non-house? homeless? I can't answer this one. Now for the wife part! If the opposite of wife is husband, then the antonym should be 'househusband.' Now I haven't seen many use this term. But let's think logically. If housewife refers to an individual who is at home and takes care of everything that includes the home - children, cooking, cleaning, husband and so on, then the opposite of that should be an individual who works outside the home thus being free from every work at home. Now, does that happen at all? A working woman is a person who works at home and also outside of the home.

Well, there are certain words which cannot have an opposite for it is illogical. I tend to think that the word, 'housewife' itself is illogical. Okay, you find the word 'homemaker' sensible. Then what is its antonym? Homebreaker? Well, there are homebreakers but the opposite of homemaker is not homebreaker. For that matter, even the husband is a homemaker. In fact, he earns for the upliftment of the home and hence he also has an equal share in the making of a home. Out of curiosity, I checked with our friendly Wiki and here's what it has to say, "Homemaking is a mainly American term for the management of a home, otherwise known as housework, housekeeping, or household management . . . [It is also] a gender-neutral term for a housewife or a househusband." Well, I'm nodding my disapproval and reading further and the various related aspects of the term fail to convince me. 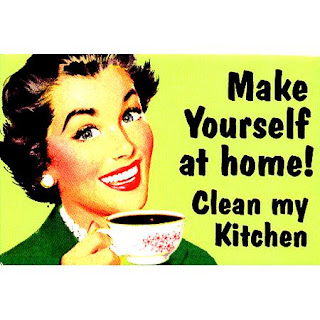 A word should be coined taking into consideration the different dimensions of its association - logically and semantically. If you ask me how to then distinguish between a working and non-working status, I will be at a loss for I can't think of A word to describe a woman who works at home and also outside of home and also a woman who works only at home. Work is work, outside and inside of home.

Readers, I would be curious and happy to know if you can coin better words instead of housewife and homemaker.

Sometimes a single term can pack our entire lives into a compartment.We need better terms and definitions.

Did I make sense at all? Just asking. 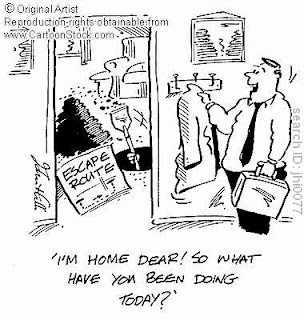