"You belong to the throwaway generation"

Posted by S. Susan Deborah at 12:10:00 pm
A few weeks ago, when one of my senior colleagues opened his lunch-box, he remarked: "Susan, I've been using this box for the past thirty years. My wife used this lunch-box when she was at school and then I used this when I was teaching at Madras and now here it is." I wondered about the years and the stories that the lunch-box carried. I asked, "Sir, didn't it occur to you to change the box?" He replied, "It was good so why change it?" Overhearing this conversation, another colleague remarked: "You belong to the throwaway generation. We are the keepers." Now, this comment unsettled me. "Do I belong to the throwaway generation?"

I have seen my relatives keep many things that belonged to their ancestors. I never imagined that it had to do with the generation. Forgive me, but America's sociologists like labelling each generation. For example, The Baby Boomers, The Rock-n-Roll, and so on. I have also seen documentaries which mention that the manufacturing houses don't make products that are intended for long-time usage in today's world. Throwaway products rule the roost. Looking around, I find that most products are intended so. But the throwaway tag directed at me, was disturbing. I don't mean to deny that sweeping generalised statement of the generation, but there are exceptions. 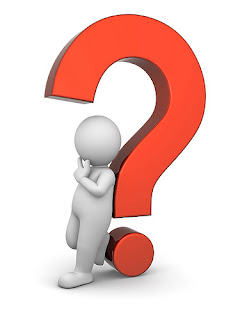 There are many references to clearing away clutter from our houses. And if one observes, the objects that add to the clutter are those which are kept for the sake of sentiment. And, after a period of time, the objects add pride to the owner. It is not without a feeling of pride that one remarks: "You know, my great grandmother used this towel/bed/fork/spoon/napkin/knife . . . and so on." Well, I respect sentiments and if the object is in usable condition, there is no need to do away with the same. Now gradually, I am sounding like one who is the rightful member of the throwaway generation. I find that keeping things that one does not use is absolutely unnecessary. Maybe, I don't know where to draw the line.

This discussion here, brings to my memory a few lines from Pamela Redmond Satran's quote, "Every woman should have."

A WOMAN SHOULD HAVE ..
a good piece of furniture not previously owned by anyone else in her family…

Going by the quote, I realise that sometimes having objects owned by others carry the negative energies and failures of the previous owners. So why not possess new goods when one moves into a new home and life? Do I still seem to belong to the throwaway generation? Maybe, I cannot deny that fact. But I do confess to having keepsakes which I cannot part with easily.

So, what do you have to say on this topic.