Stifled between cultures and world views

Posted by S. Susan Deborah at 12:17:00 pm
Growing up in the eighties without a television-set and certain other gadgets, life seemed to be very simple and devoid of the layers that now come to possess me. Long time ago, I wrote a post on how dualisms suffocate me and meandered on my identity which seemed to cris-cross several identities. I feel children growing up in today's world will face the nagging problem of being stifled between cultures and world views. And, it's not only children but many individuals like me who are faced with this dilemma. Let me explain.

Being born in India, there is a specific culture and value system which is present inherently within us. With the onslaught of globalisation and different cultural perspectives of the so-called West, one faces a crisis when it comes to adhering one's own culture as well as accommodating into the Western culture. I cannot draw a line of demarcation between cultures but there are some characteristics that are quintessentially Indian. One glaring example of this is the concept of 'space.' Years ago (atleast from the conversations I heard), there was nothing like, "My personal space" but now this phrase has become a predominant part of every second conversation. Perhaps that's why there is a conflict between the joint-family system and the nuclear one. Personal freedom is being underlined in red by every single individual but this was somehow not given much importance before. I cannot say whether it was good or bad. Somehow, it seems to me that India always put others first and then the self. The seeping of Western media, ideas and MNCs into our psyche has blurred the ideals and values that our culture possessed. Now, I don't mean to be parochial but this is a hard fact that one has to come into terms with. 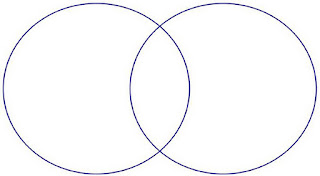 In turn, the West is now turning to Yoga, spirituality and other quintessential Eastern systems for values and other gratifications while we, on the other hand are swinging between two extremes of the East and the West. Sometimes being caught between these two world views makes one hazy and nauseous. As someone, I don't recollect who, remarked that in today's world, religions, cultures and other systems are placed in the global supermarket and it is up to us to choose whatever we want and follow the same. But why choose something when we have something quite invaluable? Perhaps, it is another dimension of the global to embrace many cultures and practices. Well, I wonder. I, for one, cannot see the world as home!

This post was quite an existential rant, if I may call it so. If you make any sense out of this, please do share your views.