Thoughts on the words 'missing home'

Posted by S. Susan Deborah at 6:27:00 pm
While sojourning in Kerala, several things made me miss home. The newspaper was one such thing. But it must be noted that while in Chennai (which is home), I don't crave for the newspaper. This attribute made me reflect. The fact that in Kerala, my husband's home, subscribed only to the Malayalam newspaper made the difference. In Chennai, just seeing the English newspaper was a comfort factor. The comfort was that I could read the paper any time I wanted to and that it was in a language that I could follow, whereas in Kerala, the script of the newspaper and the foreign language gave a different feeling. Just a look at the newspaper gave a flash of home and the treat of reading the newspaper at home, made me think of home rather fondly. I wouldn't call this factor as 'missing home,' but I cannot get closer than that. 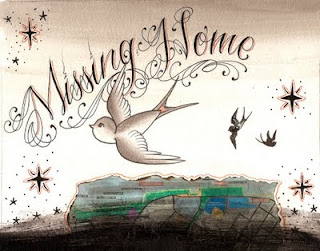 I write here especially about the newspaper as I missed reading the paper but the language that made me miss home was English, which is not my tongue. It is quite strange that despite the fact that English is foreign but that language made me miss home is quite amusing. Paradox, isn't it? Now gradually I begin to wonder whether the post is on 'missing home' or on paradoxes?

Another aspect were the smells. I missed the smell of home and there was no specific smell which I could think of but I guess every home has its own smell. Do you get what I mean? But those were the initial "missings." After that I got used to the new font (Malayalam) and smells. Humans are quite adaptive, aren't they.