Posted by S. Susan Deborah at 12:47:00 pm
Off late, it has been quite hectic this side which does not allow me to post periodically inspite of bursting ideas and reflections. The meanderings go on but the posts remain elusive.

Observing people and wondering about them often proves quite engaging. I especially amaze at the different phrases that are dropped well-meaningly but unassumingly. The use of the phrase: 'Someone told me' or 'I heard someone telling . . .' has become quite common that it is sprinkled rather liberally in conversations. At that particular time it seems quite insignificant but that phrase is still carried over twice and thrice by individuals who again say: 'Someone told me . . ..' How often we just carry forward rumours and as such on and on.

I honestly believe that the art of conversation has many strategies but the most abused, according to me is passing on information without verification. I know that it is absolutely harmless on our part when we pass on something which we have heard as a second-hand information. But it would do no harm to verify our sources and then carry it on. 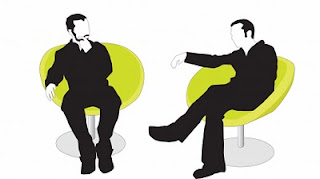 My students, especially, excel in this art. They always tell me something and when I interrogate them further, I get sheepish smiles and blank looks. It was then that I realised that even adults are prone to this behaviour. Most of the times these phrases might be the clever concoction of the speaker who wants to pass off something but does not want to be associated with it. Maybe it is a device to appear clever albeit till the conversation ends and a few minutes thereafter.

Well, whatever the motive, dropping phrases and attributing that to someone is not as smart. Or maybe it is smart!

Hmmmmm, so did someone say that conversation is an art and one can have the liberty of saying anything? What do you think?