This post is part of the Chennai Bloggers Club's CBC VIBGYOR BLOG TAG 2 where some of us will write a post on the colours of VIBGYOR each day starting 1st of May to the 7th of May, 2020.
The colour theme for today's post is RED. 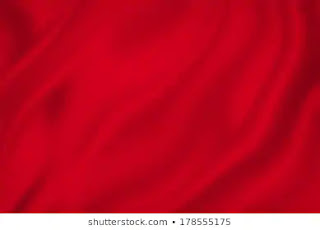 Red brings to my mind, the Left and the pioneers who have led the movement upholding the rights of people, especially the marginalised and the voiceless (read as the ones being silenced!). It is but the vibrant red which has the place of being attached to a cause - that too a most pressing and vocal one that! The fiery attitude, the hot words, the bloody slogans - all worthy of the colour and the movement. Yes! I am talking about the Leftist movement also known as CPI and popular in the states of Bengal and Kerala.


I was introduced to this greetings Lal Salaam while in college. Many of the fellow Malayalees and Bengalis who were passionate about the country and equality, used to greet each other with a chirpy Lal Salaam and many of us who were slowly getting initiated into this whole history of Marxism and Leftist ideology were fascinated with the greeting. But then we weren't members of either of the states, hence we upheld our Dravidian greeting of Vanakkam which was a safe greeting devoid of any ideology or colour. Bland, apolitical and neutral yet a beautiful three-syllable greeting. I'm digressing here. 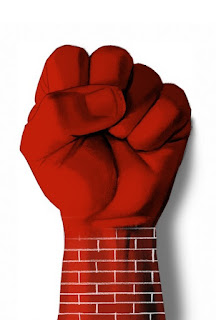 But when I say people from Kerala and Bengal, don't be mistaken that everyone is so. NO. Only a fraction of the citizens who passionately believe in the cause of the oppressed and the marginalised greeted so. Some people who didn't support the Communist party were also keen to the causes of the people and saw themselves as part of the ongoing struggle. It wasn't a fashion statement for it was loaded with energy, zeal, mission and urgency. You knew that if one uttered the words, they were aware that they were privileged by education, money and a certain standing in the society, yet knew that they were in the battle of the masses.

It has been proven that the red state of Kerala is in the forefront of the present day Covid-19 battle. With the plans, press meets and the immediate actions undertaken by the present government led by Shri. Pinarayi Vijayan, the state has been cohesive in bringing together many brains and ideas to redeem the situation. While naysayers and critics continue harping on the loopholes of the Red party, it is for everyone to see how Kerala has flattened the curve against the virus, having previous experience of tackling the Nipah virus which shook the state in 2018.

Red also denotes the struggles of the Dalits, transgenders, adivasis, and number of voiceless people/communities, where blood has been shed for mere survival in a democratic country. Red unites the people all over the world in spite of numerous internal factions and diverse mindsets.

Stop closing your eyes.
Stop pretending that you are the heir of privilege.
Stop saying, "We don't need reservation."