Orange is the new . . . return to boredom

Posted by S. Susan Deborah at 11:22:00 pm
This post is part of the Chennai Bloggers Club's CBC VIBGYOR BLOG TAG 2 where some of us will write a post on the colours of VIBGYOR each day starting 1st of May to the 7th of May, 2020.The colour theme for today's post is Orange. 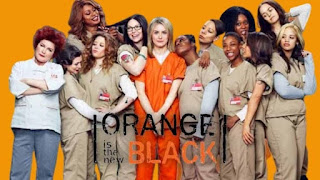 The colour Orange invariably, of late, reminds me of the series, 'Orange is the new Black.' It was quite a hyped series which streams on Netflix. I saw a few seasons until I became quite bored of the episodes. Series appeal to me in the initial few seasons but after a certain point, I tend to give up. Netflix still reminds me to complete the series but I do not think that I would. It was for the same reason that I gave up on 'LOST,' another gripping series which kept me engaged for quite some time. And then dead people started reappearing in different timelines and I was thoroughly distracted, pausing now and then to view other tabs. But I must say that these series momentarily take your mind off certain aspects of life that you wish to temporarily forget. 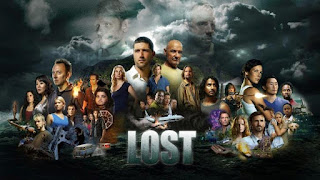 'LOST' was a case like that for me. I was undergoing some crazy situations which troubled and stole my peace of mind. 'LOST' found me and made me lose my pain - It was a drug that I willingly administered to myself without the guilt of time and work. I was on long leave and could indulge myself how much ever I had willed. But then things began getting better and 'LOST' became a slow drag that I started avoiding. Now even Netflix has taken it off air.


Coming back to 'Orange is the new Black,' it tells the story of a woman named Piper who goes to jail for possessing drugs and the series is about her experience in prison with diverse inmates who are both crazy and wild. It is easy to get caught in their travails and motions of life and for some time, I was a voyeur to their lives. Then slowly the episodes started getting the better of me. The same lesbian-drugs-power-politics-affairs-scandals and so on started doing the rounds and I gave up. I must say that I'm in great awe of everyone who has the will to complete the series that they start watching. I could complete only series with limited episodes such as 'Sex Education,' 'YOU,' 'Lust Stories' and 'Four More Shots Please.' I, of course did not much enjoy 'Four More . . .' nevertheless I completed it because it was short.