When the elections in Goa rattled a peaceful/peace-loving citizen 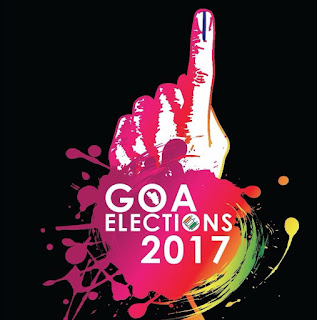 Securing a government job is a dream come true for many. The reasons cited are often 'job security,' 'pension,' and 'easy life.' I aspired for a teaching job, not a government job. It so happened that I landed in a quasi-government job. Well, sometimes what happens accidentally, often leads to many unwilling accidents as well, as it recently happened. What happened, you may wonder - Unwittingly I was chosen to be a Presiding officer (on account of being an Assistant Professor in a quasi-government set-up) in the recently concluded Goa Legislative Assembly Elections 2017. Well, for many it was a cushy position - masquerading as an important person known as Presiding Officer. Well, when the order came, I was absolutely clueless as to what the position entailed and as always I sought the assistance of Google. I did get a fairly sketchy picture of what I was supposed to be doing. This sketchy knowledge was supplemented by three training sessions. As the trainings were completed, I was being jolted beyond my comfort zone but nothing was more rattling than what was going on within me as the day was fast approaching. The intensity of the entire profile hit home like a panic-attack on the 3rd when I went to the collection centre to procure the materials required for the actual poll on the 4th. But imagine my chagrin when I realised that I was kept in reserve. Well, I was relieved that now that I am a reserve staff, I do not have to bear the load of responsibility. But then we had to wait in the collection centre because we never know when we will be called to replace some one. But I didn't have to wait for long because I was assigned a Pink Booth - a polling station "manned" by only women. And lo behold, when the women saw me, they were rattled - Why? All of us were first timers and their levels of blood pressure shot up and eyebrows creased. The first jolt - I was an intruder into the team that had already been there from the first training. I think team cooperation and familiarity is IMPORTANT when it comes to doing something of this sort. When the vibes from the team are hostile, it does hit hard and is an impediment to the completion of formalities.

On the 3rd, I along with the polling peon and a lady police slept with the machines - The Control Unit, The Ballot Unit and the VVPAT machine. On one side it is rather fascinating to be a part of this side of the elections after being on the other side as a voter. Well, I prefer being a voter! One should see the number of forms and envelops - these are enough to upset the food digested and question your calm sanity levels, that is if you have managed thus far. And then, I also had to manage with the 'team' that was never mine. They were quite efficient you see - They did everything that was expected of them except for making me feel welcome and part of 'their' team. No problem. The Poll has to go on nevertheless.

The Presiding Officer is reduced to the level of a form-filling agent who has to fill mundane columns about the weather, no of voters and don't ask me more or else I will collapse with the thought of the stress levels of the polling day, which I am yet to get out of. I was in a deep existential crisis about an assortment of things which will haunt me for many days now till the results are announced. I had thought that it was only I who had these thoughts and experience but my better half had a similar experience. He tells me that his constituency had a woman staff who was nearly full term pregnant while it is clearly stated in the rules that pregnant women are exempt from Election duty. I think the EC has to consider humanitarian grounds and select people with care.

Now, comes the best part - Individuals are chosen for the post of a Presiding Officer based on their scale of pay and position, which means that there might be seniors in terms of age and experience who are placed as subordinates. Whoa! The Election Commission does not think of 'ego-clashes.' Well, why should it, anyway. But I being an Assistant Professor does not mean that I am adept at filling forms - I detest forms of any kind, leave along filling them but EC takes the cake in providing so many forms that the forms are enough to make you pee and shit in your pants for about the period till the results are announced. Why - if there are any errors or mistakes then you get called. Argh! It's an honour to be chosen for this "responsible" position and yes, be virtue of being an Assistant Professor in a quasi-government set-up, I am an expert in filling up forms of varied colours, white being the most common and putting these forms into colourfully annoying envelops of blue, yellow and green (further relegated as 'sealed' and 'unsealed'). I wonder why the EC cannot provide laptops for each Presiding Officers with the forms pre-loaded in the device and also having the digital signature of the Presiding Officer. Some forms which require to have the Polling agents' signature, could be given while other forms could be done away with.

The returning of the materials after the polls are another saga of woe and angst. One has to wait eternally till the local officials arrive at your table to collect the forms which are then verified by he Returning Officer and the Observer! Jeez. Now this activity goes on till the wee hours of the night and no provision is made for either food or water. There were many Diabetics, who were in dire need of something to eat - not just tea and batata wada which was provided. And some women, in my husband's constituency were waiting till about 01. 00 am without having any means to return home. When Election officials are having food while the menial Presiding officers and their teams are hungry and fatigued, it is quite sad on the part of EC.

I had to down several cocktails, lot of comfort beef food and a movie to forget the dreary and depressing task of 'being a responsible' Presiding Officer. But still I'm not done with the haunting thoughts because my back and backside is sore with the all day sitting and I had to take leave today (Monday) to nurse the aching back which is a grim reminder of the aching task of filling up of forms and remembering a whole lot of clauses which have to be dug out of the deep crevices of the mind at the appropriate time. 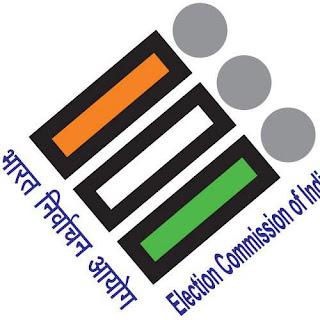 Points to be considered by the Election Commission
It is high time the EC becomes reduces paper-work by collaborating with efficient institutions to develop a software for enabling filling of forms. It should also try and see that the staff are well fed with working meals to ensure good work and pleasant spirits. It would also be wonderful if teams could be decided in advance to ensure familiarity, good team work and efficiency. Furthermore, there should be sufficient time between sending the orders and conducting the training programmes. The training sessions right from the first should be given a mock poll conduction right from the scratch which will enable first-timers to gain confidence and expertise and the sense of responsibility should be owned by the entire team and NOT only the Presiding Officer.