The really important kind of freedom involves attention, and awareness, and discipline, and effort, and being able truly to care about other people and to sacrifice for them, over and over, in myriad petty little unsexy ways, every day. 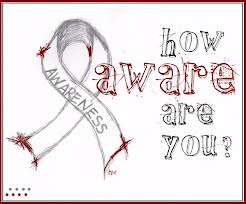 I have the habit of putting up a quote as my Facebook status and today's quote was the above one. It prompted a zillion thoughts in my wee head. Wallace, indeed sums it up pretty well, "The really important kind of freedom involves attention, and awareness, and discipline, and effort . . ." A friend was lamenting the fact that she always needs to prompt her children to be aware and observant. She is quite aware that children learn by observing and all that jazz but she wants to instill that being aware is something which needs to be cultivated and practiced. When adults can't be aware of things, instilling the same in children seems like a tall order. I wonder if awareness is also genetic and there is gene somewhere which can be possibly called the 'Awareness gene' something like the 'Selfish gene.' And what exactly is being aware? I would see awareness as being intuitive to oneself and also to the immediate environment that surrounds us - Let's take this simple example (again quoted by my friend): A person is having her breakfast, there is no water in the vicinity. An individual who is aware will be immediately pushed to go and fetch a glass of water and place it next to the person who is eating. This simple task does not need much training. It comes from a sense of having observed that there is no water and the person in the due course of the meal might have the need to drink water. This needs attention to the needs of others and an awareness of something not being there when it's needed. My friend's angst is that the young adolescent is completely oblivious to the situation and for nuts cannot bring herself to do any task without being asked to. Now why is my friend so very frustrated at this behaviour? Her defense: While she and her siblings were kids, they were quite attuned to the situation and did not need any nudge or command to act on their own. In short, she had the awareness of a particular situation while her child hadn't inherited that trait. I hope you get the drift that I'm not talking of the awareness that is attained by intense meditation and power yoga!

I wonder whether she can instill awareness? What do you think? One either has it or not. I've seen many adults who don't seem aware of their bodies, their physical environment and many other subtle aspects that go unnoticed. Mindless eating, wasting natural resources and spewing unnecessary words definitely mean that there is nil awareness otherwise how can one explain the extreme mindlessness of people. Some of us have been doing many thoughtful acts without knowing that these acts arise out of awareness and attention. A photographer does not just click pictures - (S)He is aware of what is happening and then (s)he pays attention and then clicks the image which is a beautiful blend of his/her attention of the subject. My friend Jim Brandano would accept that.  Just possessing an expensive camera will not make someone an excellent photographer! Well, I'm not talking about photography here. 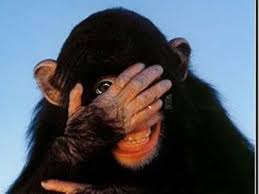 I'm not making sweeping general remarks about awareness here. I have just set to words some niggling thought processes. My sympathies lie with my friend who is struggling with her teenage daughter. I pray that her daughter learns to observe, pay attention and be aware of what's happening within and outside of her.

I would like to pose few questions to you, my reader: Is awareness a natural trait or an inherited one? If it's intuitive, why aren't many attuned to it? Does awareness have a specific age bracket. Pray, tell me . . .