A full bladder and bed bugs

Posted by S. Susan Deborah at 2:10:00 pm
I AM FED UP. After a long process of thought and discussion, my husband and I decided to travel by the government bus to Chennai. We have had a history of bad experience with using the government transportation for commutation. I guess we made a grave mistake. This experience made me wonder why government services are always so very unreliable in every aspect (read hospital, public transport, toilets and the list goes on).

To our dismay, we found that the seats we had occupied has other inmates as well - Bed Bugs! Phew! I still have skin rashes that itch every now and then. When I googled 'bed bugs,' I was shocked to read the effects of the bite. I quote Wikipedia: skin rashes,  psychological effects, and allergic symptoms. I started imagining about every single detail that I had heard of bed bugs:

They are very hard to get rid off.

I thought that they were long gone from India

They multiply in hundreds . . .

I thought, "Wikipedia is right. I am having psychological effects after the bite."

Now, bed bugs were the first problem. The second one is the unavailability of clean toilets or toilets itself. This is one place where I think, "If I was a man . . ." Why? A man can pee anywhere in this big country called India but a woman cannot do so. Hence, even when the bus stopped at two or three places, I could not empty my bladder. With the itching on one hand and a full bladder on the other, one can imagine how the travel would have been.

Now, this brings vital questions: Why does the government does not choose to take care of the resources it has? We hear of the crores of money being sanctioned for the welfare of the general public but in spite of that any government run service is appalling. I have asked questions as these many many times but I just wonder what can be done to solve this and many other issues. It is for this reason that when I imagine travelling, I always imagine travelling in Europe and other places but not India. Travelling in India would be quite a beautiful experience for the foreigner or the wealthy traveller who chooses exotic hotels and state-of-the-art transport. But for a backpack traveller like me, travelling in India is a nightmare, when I think of the toilets. 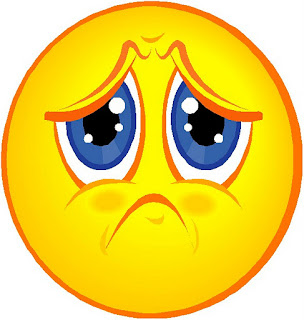 The experience has led me to swear to myself that I will never ever take a government bus when I have the option of taking any other transportation provided by private vendors.

Even as my mind cringes at the thought of that journey, my hand itches the rash given by the bed bugs. Let me itch, while at the same time, I ask you for your thoughts and suggestions on this topic.

If interested, you can read this article by Kalpana Sharma,which links lack of sanitation and school drop outs, which appeared in The Hindu on 22 Jan, 2012.