Posted by S. Susan Deborah at 10:32:00 am
I have just returned from a class. The students seemed to be in a hazy state of mind and looked at me blankly when I posed a question to them. The question was: What are you expecting from this year? Save one student, all the others stared at me as if I had committed a great earth-shaking blunder. Well, I was completely amazed. One student even told me: I expect nothing. Well, here I am trying to be as normal as possible after coming back from a two-week break and putting on my best smile and trying to initiate a conversation.

Sometimes it so happens that every day passes off as something similar. A new year is not seen as something to look forward to and it passes off as boringly as the other days. I guess it's very easy to be cynical and try acting as if nothing matters. It does take an effort to expect something with the breaking of another new year. Afterall, we are getting another chance to repair the past where things weren't as favourable. Maybe everything was perfect in the bygone year and hence one does not feel the need to expect anything. 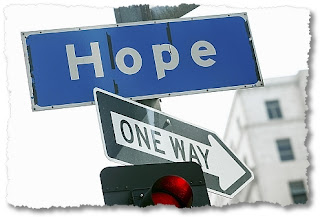 There were years when I was a cynical being. Trying to be a killjoy when someone announced a birthday or a new year wish. I completely wiped the joy that was vibrating from the individual. He/she was subject to my theories of nonsense and only after I released my dose of vitriol, would I let that person go. Now, when I look back, I regret those moments and times when cynicism took hold of me. That is precisely what happens when one reads too much of newspaper. Then one day, I stopped being cynical. I started seeing the joy that these moments bring. A new year is a gift. It is definitely an opportunity to start afresh. It is a time to again pick up those bits of us which have been neglected, overlooked and abused.

Coming back to my class. I didn't want to bore my students on the morning of my first class with them, by giving them a lecture on how to expect something from the year and making it happen. Well, they will know when they have to know. Time is a great teacher, isn't it?

So, what do you think?