I hear footsteps and know that it is you

Posted by S. Susan Deborah at 3:09:00 pm
This has almost become a passionate obsession. I believe that I had this trait in me but did not notice that it has become habitual and compulsive. I had to guess the person from the footsteps I hear in the corridor. It so happens that one does something for a lark before one realizes that that which was done for a lark has almost become a part of the daily routine. 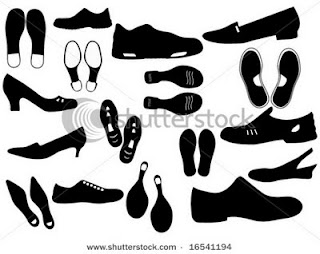 Working on the computer, I am engrossed in something but almost as a reflex, my ears pick up a sound that is at a distance: footsteps. I start guessing. Maybe it could be SG or PR. As the footsteps come closer, I know who it is. It is like a challenge between my two minds. The two minds debate and finally one wins. The process gives me immense joy. If my guess is correct, I get quite ecstatic. But all this involves only me. Sometimes I do whisper to the person sitting next to me that X or Y is coming. Unwittingly, the person sitting beside gets involved in the anticipation of matching the footsteps to the person. If I win, I look at the individual beside with a look that proudly exclaims, “I told you, didn’t I? I am always right.” Guessing a person by the footsteps is not a great feat but I consider it something to be proud of as not many are tuned to identifying footsteps. How small things come to mean so much is something that has never ceased to amaze me. Even while I type this post, my ears hear the footsteps and try to match them to the person.
Now, I hasten to add that I cannot recognize every footstep. I have to know the person before I could identify the footsteps. It is strange how different people walk, thereby bringing a distinct sound to their footsteps. Even barefoot walk has a particular sound which can be identified.

Weird obsessions and habits! What is yours? Counting, perhaps or is it adding the numbers of a vehicle’s registration. I do them as well!