Posted by S. Susan Deborah at 9:16:00 am
I don't know whether you have had to face this situation but in our home, it happens. I can't say whether it is a reflexive action but it sure does get on your nerves. Usually when an argument is going on, my sister starts humming a tune. Now, please don't think that it is a voluntary act. Well, it can be but I'm assuming that it isn't. She starts humming and sometimes even starts singing something. I somehow think that she does this to prove that her point is right by choosing to irritate the other party (read, me). When she starts this humming, a thousand reactions brew within me starting from the violent to x-rated violence. Well, I don't do anything but fume within me. 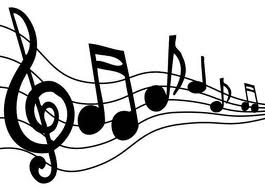 My sister doesn't stop with a single hum. She hums endlessly. Somehow, I see this humming as different from the pleasant humming. I wonder at how simple acts like humming and singing can be used as a potential weapon for irritating someone. Well, it is not only my sister, there are many others in whom I have observed this action. When there is some argument going on, they either start singing or playing some songs in their mobile, which is extremely annoying.

How many expressions to irritate people in an argument. Now, getting reflective, I might think that the problem lies within me as my mother or any other individual has not chosen to complain about this act of humming and singing. It is only me. Perhaps, there is a live wire in me which reacts when people choose to hum when the situation is not quite fit for humming.

People sometimes sing to mask their fear. While walking in a path that is dark and fraught with strange sounds, people choose to sing so that they don't have to hear the scary thoughts within their heads.

Afterall, Nero was fiddling when Rome was buring (Aside: Is that why the software used for burning CDs is called Nero?!?!?!?).

Now, dear reader tell me, have you imagined the power of the 'hum' and 'song' as I have shown you.