Posted by S. Susan Deborah at 12:26:00 pm
Reading through the definitions of an essay form, in preparation for my postgraduate class, I was consumed by the thought that many of us bloggers could actually be essayists. Just take this definition from Wikipedia, the free encyclopedia: An essay is a short piece of writing which is often written from an author's personal point of view. Essays can consist a number of elements including: literary criticism, political manifestos, learned arguments, observations of daily life, recollections, and reflections of the author. While famous essayists like Hazlitt, Lamb and others chose the medium (newspapers) that was available to them in their hey days, many writers today use the medium of blogging. But what differentiates bloggers from essayists is the fact that not many people in those days chose to dabble in prose; It was seen as the purview of a gifted few unlike blogging which is taken up by many people in today's world. 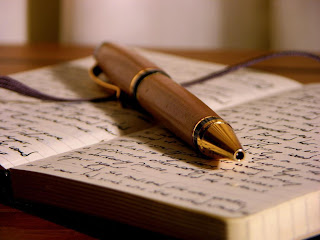 Reading Lamb's essays, I wonder whether many bloggers unconsciously follow his style and way of expressing themselves. Lamb is one of my favourite essayist and today, as I read his essays, it does not seem very different from the posts I have been reading in some of the blogs. Nostalgia, humour and intimacy made Lamb's essays memorable and lucid. His writings were devoid of flowery language and high-end vocabulary. His style was quite simple and therefore struck a chord with many literature students and others. Even our blog posts do much the same. 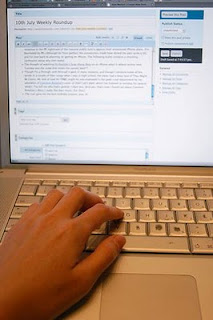 One thought which kept recurring within me as I scanned line after line from Lamb's essay was that if Lamb was alive today, he would have been a well-read blogger.

A few lines from Charles Lamb's essay: The South-Sea House

"Of quite another stamp was the then accountant, John Tipp. He neither pretended to high blood, nor in good truth cared one fig about the matter. He "thought an accountant the greatest character in the world, and himself the greatest accountant in it." Yet John was not without his hobby. The fiddle relieved his vacant hours. He sang, certainly, with other notes than to the Orphean lyre. He did, indeed, scream and scrape most abominably."

This post was an extension of my reading of Lamb's essays. I wonder whether my dear readers have thought of their writings in a similar fashion. Tell me.