Posted by S. Susan Deborah at 11:21:00 am
About two months ago, I read a book by Kancha Ilaiah titled Buffalo Nationalism: A Critique of Spiritual Fascism. I agreed on many things he had to say but one argument that stood out is the usage of the term 'non-vegetarian.' Ilaiah contests the term 'non-vegetarian.' He coins another term "meatarian." Somehow Ilaiah seems to say that by using the term non-vegetarian, it gives an impression that vegetarianism was the previous order and after a point in history, people started to eat other food items such as meat and related products.

Now, I am not quite aware of this part of history but his argument seemed quite sensible and valid. Why should one divide the category of food based on vegetarianism. It is like a racist exclusion of one group. Though the term 'non-vegetarian' is used quite commonly by all and sundry, the sudden realisation that the word spells out a division which quite favours vegetarianism is quite amusing and interesting (no wonder, I wanted to write a post on this).

Well, some of you might ask: What is there in a name? But name is the first criterion by which identity is established. I am being quite mild here on this issue but if you read Ilaiah's book, his scathing remarks might leave many with a taste of ash in the mouth.

All said and done, vegetarianism and meatarianism is a matter of personal choice so please don't take this post as a tirade against vegetarianism or vegetarians.

After having read the book, I have resolved to use the term 'meatarian' instead of 'non-vegetarian.'

What say, dear readers? Which term do you prefer and do you agree with me when I say that meatarianism is a suitable word than non-vegetarianism? 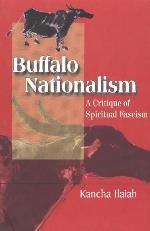