"I think it would be fun to run a newspaper"

Posted by S. Susan Deborah at 4:58:00 pm
Finally. Yes, finally I did see the oft praised and quoted movie: CITIZEN KANE. After a long time, I allowed myself to be sucked by the willing suspension of disbelief. I found time to watch a movie, a good one that!

While the film has received rave reviews for many many aspects of film-making, I enjoyed traversing through the life of Charles Foster Kane and his projected self. Above all, I see the film as a wonderful tribute to the print medium: the Newspaper.

The newspaper determines Kane's life and vice-versa. While there were many businesses in which he could have made money, Kane chose the newspaper. While the ethics he followed were completely Kane-stamped, the popularity of the medium those days was well-exploited. Certain lines from the film hold true even in today's given world. Kane says, "The news goes on for 24 hours a day" in response to one of the editor's claim that they work for 12 hours only. In today's scenario, this cannot be truer where we have news channels which run 24/7.

In another situation, Kane remarks that if there is no news just make the headlines bigger and bolder. Well, we have seen instances of that as well. Kane chooses the business of running newspapers primarily because he could force people to think the way that he wanted them to. The media does exactly that! To imagine the power of media in those days (1941) is absolutely mind-boggling to the likes of someone like me.

Though Kane is depicted to be brutal, selfish, egoistic and cunning, I found that I started admiring his vulnerability. He was a child who loved playing with Rosebud and treated everything else as something which was just there and not relished by him. His line "I always gagged on that silver spoon" is example to that.

Finally, after seeing the film, I realise the the hype surrounding this film is indeed worth it. Making a film like that in 1941 truly deserves honour and glory. Orson Welles, I stand in awe of your prowess.

Have you seen this historical film? If yes, do share your experience with me and if no, please do see it. 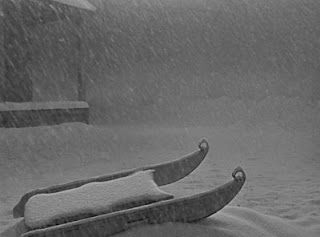