A kiss is just a kiss

Posted by S. Susan Deborah at 6:05:00 pm
This post has been itching to escape into the blog ever since it has been stifling in the crevices of my mindscape and I wonder why I have imprisoned it for so long. So, today, I've given a solace to the itch by applying a potion in the form of writing the post! I have always longed to devote a post to THE KISS and not the kiss that every one gives everyone but the special passionate ones that are employed to many forms of expressing love and extreme fondness in the name of lust. Well, a kiss definitely gets it started and suspends time and place. And for people like me growing up in the 90s, a kiss was as scandalous as sex itself and it was one of those forbidden pleasures that made us yearn for them on TV shows. 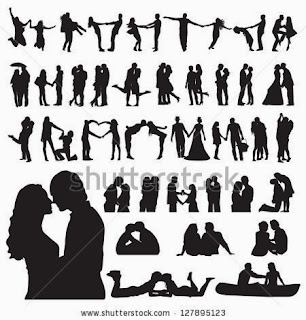 I remember awaiting those 'kisses' in the 'foreign' (read English) films when first Metro channel came about in the 90s. And, of course, the after kiss 'scenes' would also be eagerly anticipated but alas! they were denied to keen watchers by the censor boards who chose to not corrupt the young and fiery minds of productive youngsters like me. Well, we waited patiently for those passionate kisses and were rewarded by many during our growing up years. So much so that I even thought that a kiss is fatal enough to make one pregnant! I cannot digest my naiveté and today I wonder whether innocence of that sort was actually possibly imaginable!
I remember the famous TV program of those years, Guinness Book of World Records ended with a kiss and I would wait with bated breath to just watch that brief kiss. Ah, what thrill it gave me to imagine a kiss. I even shared the vital piece of information with a friend who also waited for that 'kissey' ending. 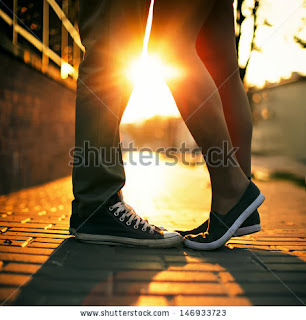 And it is for all the above mentioned reasons and more that the film, Cinema Paradiso is a film that is very close to my heart. For those who have seen the film, you will understand the connection between kisses and the film. For those who haven't seen it yet, here you go: The small boy Toto is fascinated by films and spends a lot of time at the cinema house  with Alfredo, the projectionist. But the films have many missing scenes - kissing and embracing scenes which are cut, following the instructions of the local priest. Many years pass by and  Toto is a successful director and comes to his village after a long time to attend the funeral of Alfredo. Alfredo's wife gives Toto something that Alfredo had left behind for him and it is a reel that is a montage made of all the deleted 'kiss' scenes and as Toto watches that he cannot stop thinking of his growing up years and Alfredo. That scene from the film is something that will never ever leave my mind. It is a wonderful mash of memories, desire and nostalgia. And every time I see Cinema Paradiso, I can't stop thinking about my tryst with kisses. 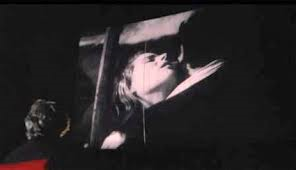 P. S. I still love kisses the same way as I used to then but no longer await those passionate kiss scenes like yore!