What Chennai Means To Me

Posted by S. Susan Deborah at 12:54:00 am
This post is part of the blog tag titled, The CBC Tablog where CBC stands for Chennai Bloggers Club. About 37 bloggers from Chennai are participating in this blog tag where everyone will write about their favourite city Chennai and what it means to them. So here's my post for the CBC tablog titled, What Chennai Means To Me.

I came to Madras in 1989. I was about 9 years and seven months old. I didn't want to leave the city where my formative years were spent - Bombay. I still vividly remember that I cried and cried and pleaded with my dad that we should not go to Madras or rather we should not leave Bombay. 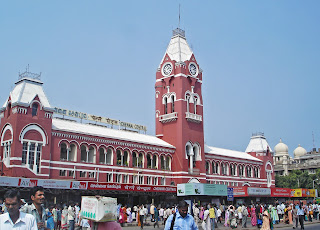 Madras or Chennai slowly became my home even though I didn't particularly like the place. We both grew with each other. I fell in and out of love many times in this city. Madras gradually grew from a place with only roads to a city of long fly-overs. Many of my firsts are associated with this place which I fondly cherish. I never let any opportunity to compare the city with Bombay, go past me. I always defended Bombay whenever there was a discussion between cities. Inspite of living in Madras/Chennai, I dreamt of Bombay and the life there. I never reconciled that I was a resident of Chennai.

There came a time when I had an opportunity to leave Chennai and shift to another place for work. I was glad to move out of the city. Even then, it didn't matter that my family, friends and other interests were in Chennai. I was happy for two whole years in the other place, coming to Chennai only during vacation breaks. Chennai was still a surrogate city. It was 2006, eighteen years in Chennai but still the city did not fascinate me at all. 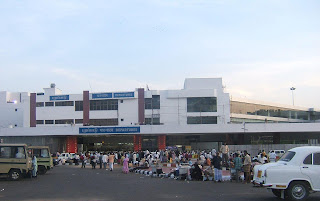 Then I got married. I left Chennai, coming only for a few days or so. Now my mother's house was in Chennai. After getting married, you don't say, 'My house is in Chennai' rather it is, 'My mother's house!' Slowly the idea of my mother's house and Chennai became synonymous. Whenever I came to Chennai, it was always early morning when I arrived, I started seeing the city differently. I don't know whether it was the early morning's aura or my nostalgia soaked visits. The coolness of the air when I travelled from Tambaram to my place was magical. I yearned for that magic always. It was bliss. So far, I had always felt restless about home. But whenever I visited Chennai after my departure from there, it seemed that I had come home. This feeling was absent in 2006 when I was working outside Chennai. I started longing for the small pleasures of Chennai like the crowd in T. Nagar, the colour or Express Avenue, the smell of the bazaars, the posters on the walls, the Gemini fly-over and so on. Whenever we went shopping, I looked at the city with an intention of taking in much so that I could preserve for later use when I'm away from it. I started collecting memories of Chennai and pickled old and new memories together with the preservative of smells, sights and sounds. 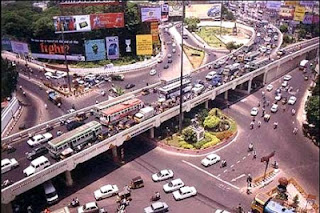 Today, I am far away from Chennai and family. I realise that I had lost many years by being in a trance about the then Bombay and now Mumbai. The Bombay that I know is but a memory that is very very old and maybe I won't recognise the new Mumbai but Chennai isn't so. I don't know 50% of the places in Chennai but I know what I want to know - my home and places that matter to me.

It's very rare that I get to write about places in back-to-back posts and that too about Chennai of all.

This post will be succeeded by Anne John who blogs at Abstract Admissions, who calls herself an engineer in her past life and is an active member of Women's Web. Visit her blog to know more about her writings and passions.