Wishful thinking while listening to The Beatles

Posted by S. Susan Deborah at 2:00:00 pm
I know that many of you would have had a fleeting thought like me: I should have been born twenty years ago than the year I was actually born. I was born in 1979 and very often I have entertained thoughts that I should have been born maybe in the 50s or 60s. Not that I am unhappy with my present year of birth but I feel that the 50s and 60s had wonderful music, philosophy, art, ideas among many other splendid things. Music especially from those years still remains in the minds while the tunes of today are forgotten easily.  Many theoriticians are from the 50s and 60s - people who passionately discussed different aspects of cultures, language, society and so on. There were many political turmoils which gave way to many active groups and writers. 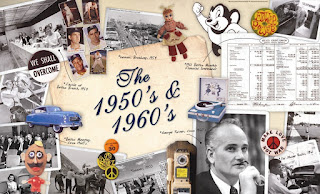 In spite of having the best of technology and greater creative license, there are not many fascinating things happening in this time-period. I often think of how it would have been if I was living when The Beatles had emerged. Many of my professors talk about their times and the different schools of thought to which they were exposed to. Though the internet has made it easy for us to look up information on any topic, it has also diluted many things. I find that many of my contemporaries (even me, at times) are sufficient if to get a bit of information and then pretend that one has exhaustively researched on a particular topic. I find that I know a bit of everything at a very superficial level. Now one can argue that there are people who revel in shallow knowledge in every time-period but I would like to say that the percentage of such people in today's world is of a higher degree.

Talking of the internet and other social media, I also find that life would've been less complicated then than now. People had a lot of time to pursue different activities unlike today where the internet has sucked away a greater chunk of time and energy. Many problems that the world is facing today was unheard of those days and people seemed to have enjoyed a purer state of food, air and water.

All said and done, I should admit that these thoughts and more always make me more aware of my present day and year. The thoughts leave me with nostalgia for something I haven't known or experienced but can only imagine. Those from the 50s and 60s, I am jealous of you and the times you had experienced then.

Before I sign off, here's one of my favourite songs, Yesterday from The Beatles: