A: Hey, where are you? Its getting late. How long should I wait?


X: Just reaching. Be right there. (I hope she doesn't know that I am still home!!)

Mother: Its quarter past nine. Why aren't you still home?


Daughter: I am just at the junction near our house.  Click. (Disconnects the call)

These are common examples of everyday happenings. These small lies do not appear as lies at all. Its just cheating on simple things to keep the person at the other end assured. There begins a deluge of lies which give way to a string of other vices.

Ever since technology has given the mobile phone, the title of the post has become a norm of life for most of us. Atleast for once I wish we were somewhere in the period before the mobile phones existed. In the days of yore, if one promised to  be in a place at an appointed time, they would arrive as promised or else the person at the other end would have to wait patiently. But now . . . one retorts to lying in order to keep the person at the other end satisfied. Pretence. 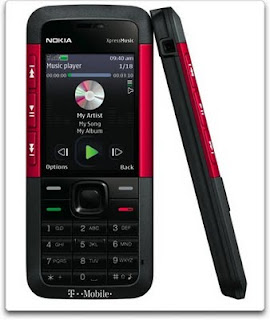 Betrayals have become next to impossible as the personal mobile reveals it all. Gone are the days when only the inner clothes were the most personal and closer to any individual. Now its the mobile phone. People keep it next to them while sleeping, eating, bathing, ironing - to name a few. Since this is considered private and personal, touching someone's mobile phone is an act of infringing the space (now this is the most abused word of this century and it deserves a separate blog post!!!) of that individual. Again it was simpler as well as difficult to have affairs and betray in the past unlike now where things are easy as well as detectable. Texting, missed calls and long hours of conversation in an unlikely place (read loo, terrace, etc) have become tools of suspicion.

The parent-child relationship is already littered with innocent lies and the mobile phone has done its two bits (no, a dozen bits) in adding value to those manipulations. Another tactic is to disconnect a boring caller, switch off the phone and later text the person saying: My battery was low and so the phone got disconnected. Hmmm. Deception. Creative manipulation.

Etiquette is forgotten, time has taken second place and values are diminishing. I can list many attributes to the innocent looking harmless mobile phone but then how can I forget that even I use it and on many ocassions have used the tool as a weapon of lying and cheating.
Labels: lies, life, mobile phone
Email ThisBlogThis!Share to TwitterShare to FacebookShare to Pinterest