Manto is not for everyone


In one of the dialogues in Manto (2018), Saadat Hasan Manto, the writer reads aloud few lines after witnessing a horrific account of the Muslim-Hindu riots after Partition, to his friend whose family has been affected. The friend, morose and gloomy tells Manto, “For God’s sake, stop giving everything a literary spin. They are not characters from your story. They are my people. Living, breathing, real people.” 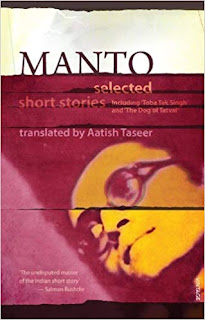 Manto was an unknown writer to me until I picked up a copy of his short stories in Bangalore airport some years ago. I suspect that bookstores started stocking his works after Nandita Das announced her plans to make a film out of his life and stories some time in 2015-16. Being a fan of Nandita Das and anything she writes, speaks or ventures into, I was quite fascinated by the film without having read Manto. 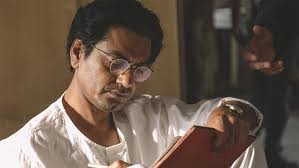 Googling his name, I found that he belonged to the era of writers who wrote on Partition - a topic that has not much interested me. I think this is the problem of people like me who have not experienced any sort of war or the after-effects of war. I had always associated tales of partition to a topic that belonged to a time that was often dealt and finished with and something that piqued the research sensibilities of scholars who dissected and (over)analysed a time in history that was sure bloody but outdated. 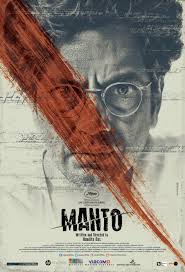 How wrong I was! When I thought that nothing about partition that could shock me, Manto came breezing by rather shockingly.

His stories are not something that one could sip tea, sit by the window and turn page after page with a pleasant smile on the face. Manto is acquired taste. At first instance, I wondered, what is so great about Toba Tek Singh that everyone sings paens about! After all it's about some lunatics belonging to Pakistan and India. I regret that quick judgement, rather immature and premature one clouded by reading many stories of partition enough to be unmoved. Nevertheless, I completed reading all the sort stories in that book. Manto, like any intoxicant grows on you slowly until you can never rid your mind of his characters. 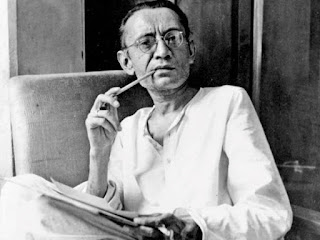 Then, I saw the film, thanks to Netflix after years of reading his short stories. I was moved beyond words - the stories seamlessly woven into the script pierces the heart and the sensibilities of the viewer. Toba Tek Singh was no longer just a story - it was the truth of India's most gruesome migration where homes, memories and kin were either lost or dead. Partition was no longer a mere event which happened ages before I was born. Toba Tek Singh was but one of the stories that belonged to a million. Manto was not a writer, he became a chronicler of lost lives and unwritten tales. If not for him, I would've lost the truth of Partition.