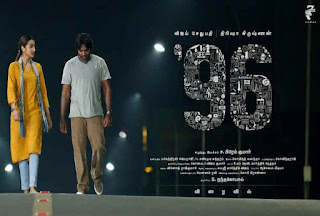 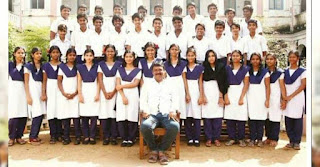 The tears also flowed for the bygone years which was so familiar to me while I was in my X, XI and XII standards. I fondly remembered the long walks in my school's corridors where boyfriends/girlfriends waited for a glimpse of their beloveds; the quiet, stolen glances in classes, the sharing of tiffins, the school uniform, the absolute lack of communication when someone is absent and no means of finding the reason, the cycle sagas, the hero pen, the splashing of the ink on the last last day of school, the innocence of first love and FLAMES - Prem Kumar brought every element of those days alive for me. It comes as no surprise that my batch was the batch of '97 - not very different from the batch of '96. I could identify every single character from my own school days and perhaps that's why the film moved me and the fact that I am so away from Tamil Nadu and everything familiar pushed those extra tears to fall.
Labels: '96 film, C. Prem Kumar, films, life in Goa, Tamil film, Trisha Krishnan, Vijay Sethupathi
Email ThisBlogThis!Share to TwitterShare to FacebookShare to Pinterest