The word ‘migrant’ mostly refers to a state where an individual is away from home for purpose of work and employment. Sometimes there are other border issues, which is not my focus of attention in this post. Thus a migrant is in a state of ‘unhome’ where he/she is away from the comfort and familiarity of the home and hearth. Of late, the word ‘migrant’ has been sporadically colouring newspapers and news in general. If an individual is away from his/her home does it also mean that there is a greater sense of recklessness and wanton abandon? We have also heard of the clichéd phrase, “home away from home” and so I would presume that the migrant leaves his/her natal home in search of greener pastures and adopts the new place as his/her home. When one adopts the new city/town as his/her home, then he/she is liable to behave in the new place as he/she would do in his/her natal or native place. But in many cases this does not seem to be the norm.

The new place is treated with callousness and a sense of foreign which cannot be like one’s home or even nearer to it. There comes a sense of freedom and independence which borders on the promiscuous and the unethical. Probably this is one reason why the migrants are seen with a certain disdain by some political parties. This attitude of the migrant also came about in many episodes in the recent past. I would like to highlight some incidents in Goa where the word ‘migrant’ has raised its ugly hood quite often in the recent past. There have been several crimes (read rape, molestation, kidnapping, murder) where the main suspects are perceived to be migrants who commit a crime and then escape. That a local person cannot commit a heinous crime in his/her own place is collective opinion of the police as well as the general public. But my question is, ‘Is the police trying to nail the migrant as a soft target thereby completely negating the hand of any others in the crime?’ No matter what crime takes place, the first comment is that “The hand of migrants is suspected.” I cannot tell whether the statement is a general one or a carefully investigated one. 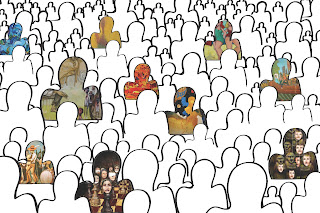 Are migrants all that dangerous? Or are migrants of a particular class seen as dangerous? But the same migrants also belong somewhere. It would be interesting to observe their behavior in places where they have been born and brought up. There they aren't migrants or unhomed people. In their native place, they don’t have the tag of criminals or law-breakers. Is there something which goes wrong when one leaves the safe confines and familiarity of one’s home and family? Is there no sense of accountability in the new place which has willingly given them employment and shelter? After all, the host city/town has embraced their skill and given them a place to earn their livelihood which was unavailable in their home-town or village.

I don’t blame the police or the public in looking at a migrant worker with suspicion. At times, I also cannot stop having a certain feeling of doubt when I see someone who I can identify as a migrant. After the Delhi episode, I cannot but see every foreign looking construction worker/labourer/driver without thinking of the rape. I know that I am over-reacting but the incident has left me quite bitter and scared. I wonder if the same individuals would have done a brutal act if they were at home with members of their kith and kin. And this situation is not in India alone. There have been many such instances in many other parts of the world as well where migrants are not those who seek employment and sustenance alone but also those who cross porous borders and boundaries illegally and are known as refugees who are also in a state of unhome. There have been many studies along these lines but not many to prove that the state of being unhomed also leads to many criminal and wild activities.