Posted by S. Susan Deborah at 11:15:00 am
A terribly cliched, title, I realise! Over the years, visiting Chennai, time to time, I have grown used to the oscillating emotional scales; The roads, smells and the sound of Tamizh being spoken - Once all these used to evoke a sense of deep melancholy within me but I now seem to have made peace with them. I now no longer gush at the flyovers and the electric trains which were strong reminders of the yellow past. I have not completely lost the sense of nostalgia as I step down from Indigo into the bustling city. I still allow myself to be moved, turn misty-minded (not eye, mind you) and gasp at how different Meenambakkam used to be and smell. Today, I was a tad apprehensive when a good friend asked me to board the Metro and meet him. I have never boarded ANY metro in my life, I quipped. "It's nothing," replied he. How would he know the trepidation. I, of course have moved past the initial moments of apprehension and have decided to be brave enough to get into the metro and experience the joy that I have often seen on Facebook posts of people who have put up pictures of their 'First Metro-ride.' As I get older, experiencing something for the first time does create a small flutter in the pit of the stomach. I try to remember when I first took the electric train - I honestly don't remember that - It was after all a long time ago, say somewhere in 1990 or was it 1992. Let that be! 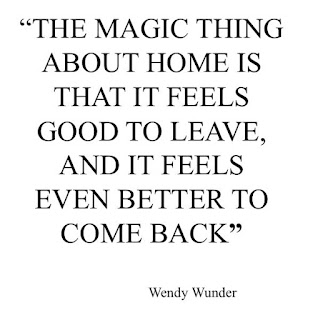 I think after a point, years blur, memories fade, though not entirely gone. I guess that I have been out of Chennai for a long time now that old memories are being replaced by new ones. It is not a conscious process but something that happens but not without leaving tiny remnants in the back of the mind. On a normal (read relatively younger) day, the sight of jasmine flowers would send me into a dizzy ride which begins with, "Malli poo reminds me of . . ." but now, I just stare at the flowers - blank in the mind devoid of stars in the eyes. I still love their fragrance and texture but don't have the urge to grab them and store their presence in my hand for eternity.

I still think whether I should return and search for a job in Chennai. And then, I think of the traffic, the hard water, the irritation of the heat and stop my thoughts. I know that I cannot return. Returning seems like a sweet respite that is tinged with nostalgia, only beautiful in the crevices of the mind. I am content with dwelling in the tiny state of Goa with all its warts and minus the malli poo and khusboo idlis. Whenever in Chennai, the affection wanes after three days when I begin to get restless with insipid days. The intoxication remains only for a time after which the land of Feni beckons.

Sometimes, I wonder which is the home - where is my heart and what does it mean to be traversing to places which are considered  homes. I guess I should thankful that I have not relocated out of the country, otherwise I would constantly be in a restive state of doubt about home(s).