Kashmir is something like a sweet dream - One always thinks of visiting but never really proceeds with the idea for it seems like something forbidden. I was quite happy and honoured to be invited to go to a conference in Kashmir; I was going to finally taste the forbidden fruit. I had never ever imagined that I would visit Kashmir but yes, life takes you to places that might never be on your itinerary.

My first glimpse of Kashmir was from the skies - the snow clad mountains of the Pir Panjal range in the inner Himalayan region. Snow-clad mountains for somebody from the plains is just out of a dream! As we were gasping at the beauty of the sight, the plane lands and reality sets in. It was indeed living a dream as we we disembarked from the plane. The captain announced that the temperature outside was 9 degrees. Woah! 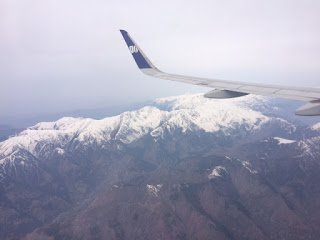 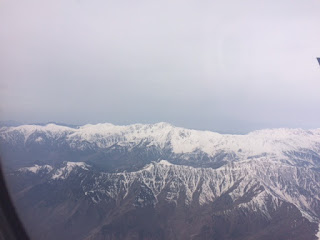 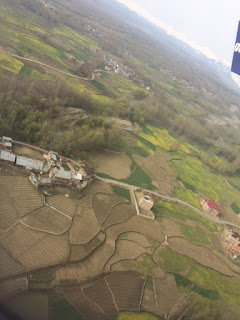 Our phones with pre-paid connections stopped working. We had no way to communicate to the organisers of the conference. We did not mind the lack of connectivity, after all we were in a new place and we had to take in the first impressions of the place. After about 45 minutes or so, our taxi arrived. We were glad. The onward journey was filled with something of a visual attack - we were hungry for the sights and sounds of the place that we often read about in the news every other day.

We attempted to strike a conversation with the taxi-driver and he was reciprocating quite well. We saw the Dal and the 'Save Dal' campaigns; we saw kebab shops on the streets and of course, the traffic. The drivers in Srinagar honk like no one's business - so much so, sometimes they do not take their hand off the honk. A nightmare for us!

Nothing can prepare you for Kashmir - I guess it is the same with every place! You think you understand what is Kashmir but what you see is not what you have known from websites, newspapers and television. You look for signs of what you know but you will be relaxed not having seen anything. Whatever is your impression of the place, you will definitely not disagree with me when I talk about the people, their hospitality and warmth.

I will see you next when I continue this series of posts on my visit to Kashmir.